Jason Goliath is a larger than life comedian who literally is larger than life (it’s because all this personality won’t fit into a smaller body ok!) With a commanding stage presence, ridiculous amounts of energy and a character based set focused on making audiences laugh at life’s uncomfortable truths; he has performed successfully at numerous corporate events and leading comedy rooms/events: Blacks Only, Proudly Coloured Comedy Festival, Parkers, Melville Underground, Captains Comedy Festival, AWEdnesday Comedy Jam, LOL at Gold Reef City, Comic's Choice Awards™ Winners Lap, The Box and many many more.


With more than 10 years professional MC experience Jason also takes on Facilitation and Motivational roles and has done so for Standard Bank, FNB, Deloitte and SAA to mention a few. 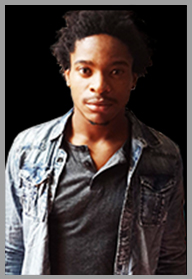 Later that year he was cast as Moby in Craig Higginson’s Little Foot, which toured to the Grahamstown Main Festival.

As a professional actor he has played on international stages in Boston (USA), Perth (AUS) and Brighton (UK) the Market Theatre Main stage twice, as well as The Baxter Theatre and National Arts Festival Main stage.

He has performed stand-up comedy at the top venues in Cape Town (Jou Ma se Comedy Club and Armchair Sundays) as well as Johannesburg (Parkers, Montecasino and The Box Comedy presented by GOLIATH&GOLIATH).

After only 10 months of comedy he won the Comedy Central Open Mic competition and a spot in the Best of the Best Parkers Presents… alongside Barry Hilton, Stuart Taylor, Conrad Koch and Joe Parker. Glen recently opened for Oliver Booth’s one man show in Grahamstown which got great responses.

He’s Comedy highlights include, being billed on the line up of the Comedy Central International Comedy Festival.

This is where he performed alongside Trevor Noah and other South African greats.

GRIFF has wanted to be a comedian since he was three years old where his mother use to set up the seniors in The Convalescent Homes where she worked, in an audience typesetting and let her son make sleeping and comatose old people laugh. So after working the Geriatric Circuit for a couple of summers his destiny was settled. Since then, that little funny boy with the faith of a PLANET has made a name for himself as one of the leading comedians and On-Air Personalities in the Country by headlining across North America (including Canada), New Zealand, The U.K. and Africa.


With his quick wit and unsurpassed knowledge for sports news, “GRIFF” took sports took sports to the ‘next level’ with his comedic twist on athletes and their stories. In 1999 he received Georgia’s Sportcaster of the Year Award and in 2004 “Street Skillz”, a program he provided the color commentary for was nominated for an EMMY.


Ultimately, GRIFF is a Comedian, an On-Air Personality, an Author, an Actor, a Motivational Speaker, a Daddy, an EMMY nominated Sportscaster and a man who puts Jesus Christ ahead of all men all wrapped into one.

Ebenhaezer has also been invited to write sketches and perform stand up in the groundbreaking musical sketch show, Bantu Hour, co hosted by legends, Kagiso Lediga and Hugh Masekela.

Ebenhaezer’s fresh and unusual take on life assures his audience a unique experience with possible side effects including painful stomachs, breathless lungs, severe headaches and in rare cases; death.

We accept no responsibility.